Why Can’t We Simply Believe? 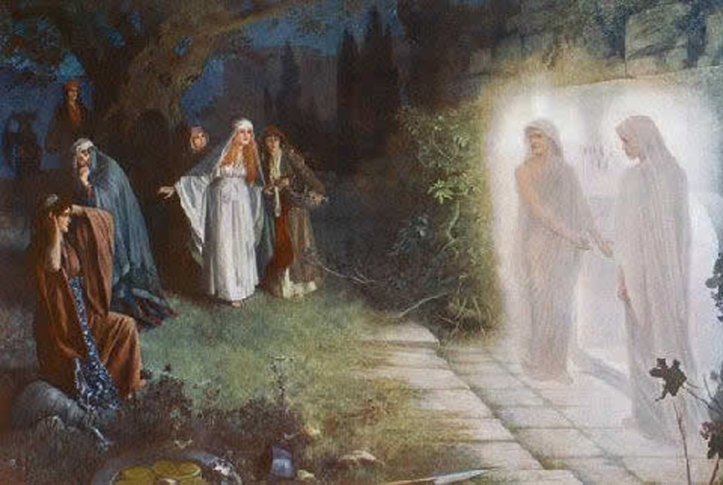 In Mark 9 (MEV), Jesus was presented with a demon-possessed boy by his father. He had been taken to Jesus’ disciples, but even they could not cast out the demon. And what was Jesus’ response?

“O faithless generation, how long shall I be with you? And how long should I bear with you? Bring him to me. … If you can believe, all things are possible to him who believes.”

Immediately, the child’s father cried out with tears, “Lord, I believe. Help my unbelief!”

Jesus then commanded the spirit to come out of him and not return. And so it was. He later told His disciples that “this kind can come out by nothing but prayer and fasting.”

But, you’ve got to wonder: Did the disciples REALLY believe that the demon would come out of the boy when they tried to cast it out? Or, was there a measure of doubt because it was something that, to the natural mind, would have been utterly absurd?

In other words, do we REALLY have the faith of a mustard seed, and that ANYTHING can happen in the name of Jesus Christ? I wonder.

Take, for instance, the man who was reportedly raised from the dead during a church service in Northern England by Evangelist Robby Dawkins. The man, Matthew Catlow, began convulsing during Dawkins’ sermon. According to the report, Catlow’s pupils had become fixed and dilated, and Dawkins said he “heard the death rattle—the sound a dying person makes when fluids accummulate in the throat and upper chest—and then it stopped.”

A doctor who was sitting behind them–a general practitioner named Alastair Murdoch, confirmed that Catlow had no pulse, and Catlow’s mother even screamed out, “He’s dead. He’s dead.”

Dawkins wasn’t giving up that easily. According to the report:

“As I continued to pray I began to bind the spirit of death and say, ‘You can’t have him!’ I began to declare the resurrection life of Jesus Christ over him. People were beginning to get a bit restless but then I could hear his breathing start to recover and his color started to return,” Dawkins says. “His lips that were purplish black started to get less dark. His eyes stopped being fixed and dilated and started to move. We rolled him onto his side at that point to allow his tongue to fall forward, but he was starting to come round.”

Suddenly, Dawkins says, Catlow’s “color started returning and his breathing was less labored. He started rolling back and forth and then did something he couldn’t do before the episode—he spoke. Past strokes had left Catlow unable to speak but he was not only raised from the dead, his speech was fully restored.”

Even Dawkins himself said he had only seen someone raised from the dead on video. The experience enhanced his faith.

“My faith for sure took a leap forward. I kept hearing in my head, ‘You can’t do this! Stop or people will accuse you of his death!’ I knew all of this to be the lies of the enemy. I have heard them all before,” Dawkins told Charisma News’ Jennifer LeClaire. “It’s Satan’s fear he feels about us destroying his kingdom. He launches those thoughts and feelings at us as fiery darts. I feel affirmed by them knowing that the feelings of fear I feel are his feelings about me doing what Jesus did. He should be afraid.”

So, do we REALLY believe Philippians 4:13 which says that I can do ALL things because of Christ who strengthens me? Do we REALLY believe Jesus himself who said in Matthew 19:26, “With men this is impossible, but with God all things are possible?”

I’ve got to believe that Rebecca Colley, Matthew Catlow’s sister, is a little short of faith when it comes to that. In a Facebook post to Charismamag.com, Colley says, “Regarding the ‘death’ … what Robby is telling everyone is not true. It has since been MEDICALLY proven that Matthew had suffered an epileptic seizure which often can display similar signs of someone dying. TWO nurse family friends of ours both had their hands on Matthew throughout and not once lost his pulse. So no, Matthew did not die.”

The preacher from Inglewhite Church has been so thrown by all of this that on Sunday just gone he stood at the front of church and apologized to his congregation for allowing Robby into their church. The doctor who was also there is said to be apologizing to them next week for all the pain caused through this unbelievable encounter that he had given and the shock that all this had been broadcast on Facebook by this coward of a man who will not face up to the actual truth.”

Hmm … this seems to be extremely contradictory to what the Dr. Murdoch said in an email to Robby Dawkins this past week. “You started to pray against the spirit of death and as you did so, his pupils became fixed and dilated (as they do when people have died) and his breathing became much worse: this was “agonal breathing” (breathing that people do around death–a bit before and a bit after). In other words, for a short time, he was dead.”

It simply sounds to me that Ms. Colley’s faith isn’t strong enough to believe in the supernatural. She simply refuses to believe it because the supernatural to the natural mind is, once again, absurd. “But the natural man does not receive the things of the Spirit of God, for they are foolishness to him; nor can he know them, because they are spiritually discerned” (1 Corinthians 2:14, MEV).

Ms. Colley says she comes from a Christian background. But, it sounds like she’s a bit embarrassed to confess to the world that the miraculous indeed happened to her brother, and that’s why he’s still alive today.

“For whoever is ashamed of Me and My words, of him will the Son of Man be ashamed when He comes in His own glory and in the glory of His Father and of the holy angels” (Luke 9:26, MEV).

Reports have come from all over the world about similar experiences of people being raised from the dead. Why is it so difficult to believe? If the Bible is the infallible Word of God–and it is–what about John 14:12, which says, “Truly, truly I say to you, he who believes in Me will do the works that I do also. And he will do greater works than these, because I am going to My Father” (MEV, emphasis added).

So, when we claim, “By His stripes, we WERE healed,” do we really believe it, or do we have our doubts?

So, when I plead the blood of Jesus over my car, which I was recently told needs a new engine, do I believe that, because I don’t have the money to get a new one that the old one will be fine until the finances are provided to buy a new or used one?

When I pray Psalm 91 around my home that nothing else will break and that Jesus will supernaturally protect it, do I believe it or not?

Why is the supernatural so hard for us to wrap our brains around? Why did Thomas doubt until he saw the holes in Jesus’ hands? Is it because we’ve gotten so used to the way of the world and the garbage it tries to teach us that we simply don’t believe the words of the one that made the world?

Remember Hebrews 11:6:  “And without faith it is impossible to please God, for he who comes to God must believe that He exists and that He is a rewarder of those who diligently seek Him” (emphasis added).

And as I always say, “There is that.”